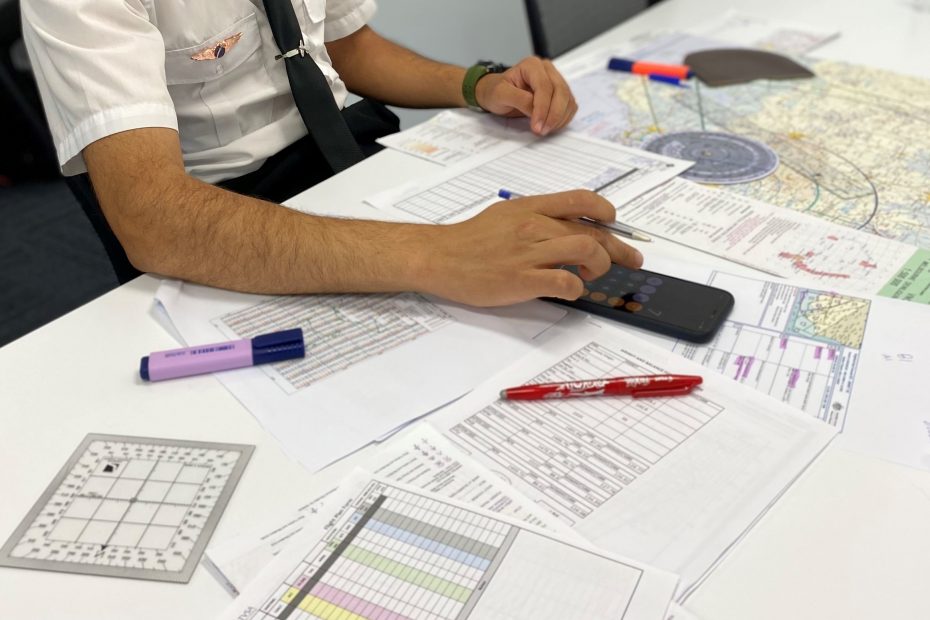 “Failing to plan is planning to fail.”

We know it’s a common saying, but it couldn’t be truer for Nav exercises.

The more work that a pilot can do on the ground, the less work that he or she needs to do in the air. In a cockpit, when environmental stressors and various threats are in place, it’s important to know you can focus on those things because you’ve planned well, helping keep your head outside of the cockpit more often.

It goes without saying…
Mapping is a fundamental part of flight, and the majority of this can be done on the ground. More often than not, students will just draw a line from point to point, might even put a halfway point if they’re feeling dangerous. Let it be, let’s see what happens in flight. Radio calls missed, ETAs not calculated which throws out Top of Descent, positive fixes become more of a reluctant guess.
For a seasoned pilot, maybe it’s fine. But there’s nothing wrong with fine tuning your flight before you leave either.
Halfway markers help for a quick 1 in 60. Highlighting lead out and lead in features for each leg.  Nothing wrong with anticipating what features you might use for a positive fix. Mark your radio calls, frequency boundaries, transponder changes. Anything you like.

If something doesn’t smell right, maybe throw it out…
It’s common with early Navs, to see a student get their first positive fix – thumbs up, looking the goods. Then another positive fix. Rule the distance between the fixes. Calculate the time between the fixes. Distance over time on the Wizz Wheel. Bang, there’s your ground speed. 50 knots??? Hmmm……
Ground Speed in you pre-flight planning is (when done correctly) a useful tool in comparing your GS in flight calculation. If you’ve planned a ground speed of 100 knots, and you calculate in flight that you’re doing 50 knots. Maybe something isn’t right? Could’ve used the wrong scale on the ruler or written down the wrong time at your positive fix. Either way, it smells a bit fishy.
Pick another positive fix and recalculate your ground speed. Maybe you are actually doing 50 knots… but at least you have confirmed this twice now.

Stay ahead of the aircraft…
The more prep you do keeps you ahead of the aircraft. Anticipating what fixes you’re going to use is a handy trick. Providing you a tracking well, you can plan ahead for the positive fixes that you want to use. In doing this, while you’re still on the ground, you can then measure the distance between the fixes, and the distance from the second fix to the destination. This minimises the use of the awkward ruler in the cockpit and assists with cockpit/time management. All you then need is the (correct) time at those fixes to finish off your ground speed and then you can get your revised ETA. By no means are these difficult processes but they save you time in the air which keeps your head outside of the cockpit more often.

What if plan B doesn’t work???
The weather is ok, but maybe a little dicey. You’ve selected an alternate, but the alternate’s forecast changes while you’re in flight.
While you’re on the ground, make sure you read the weather. Not just for your flight or your alternate, but maybe for a Plan C. You plan to fly west, but you know the skies are clear up north. Having this information in the back of your mind that in the event of poor weather out west and you can’t simply turn back, maybe you can turn north and land somewhere safely until the weather passes.
Most of the time, you won’t even need to use Plan B, let alone Plan C, but you don’t want to be wishing you had one.

Some of the above is just some small percenters that help with cockpit management, and it’s planning that you can do on the ground before you even go anywhere. Doing this, you’ll have more time up there to do what’s important; keep your head outside the cockpit and enjoy the view!!