Time to change careers from finance to aviation? Lachie thought so 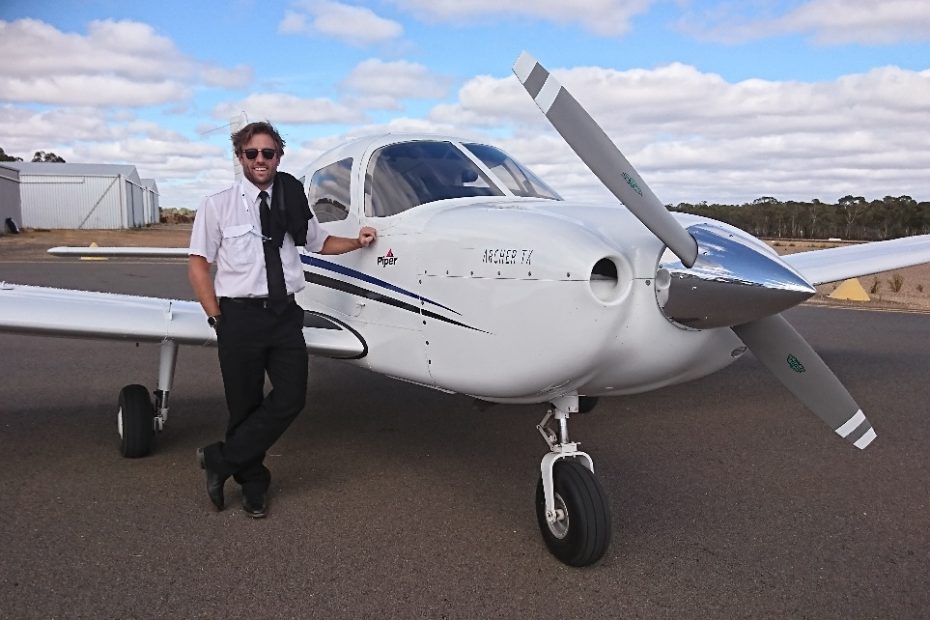 Diploma of Aviation - My Experience

After about 10 years of being in the banking industry, I was ready for a change and to be honest, I hadn’t thought too much of aviation, purely on the basis of thinking I had to be a rocket scientist and study for 5 years, but I had a general interest of aviation due to my grandparents, and their input that they have had with the Colac Aero Club. When I came across TVSA on social media, I was intrigued.

I arranged a visit to the school and just wanted to have a look around. To be honest, it was the Head of Operations – Annie Corcoran that made me want to complete the training at TVSA. She spoke passionately about her love of teaching, and the aviation component complimented her want to teach. She was quite inspiring. If you don’t know Annie, our conversation went for 10-15 minutes, and I probably got 10-15 words in the entire time.  It was clear, she loved what she did.

Done. Sign me up. I resigned from the bank and became a student.

“Sometimes, not knowing what you’re doing allows you to do things you never knew you could do.”

I’ll start with this, I had nil experience. That may have been my biggest fear when I walked into school for the first time. I was a bit worried of being the only guy in the classroom that wasn’t an Av Geek. But I walked in, said g’day to few people, put my books down next to (my now good friend) Albert Molina, opened up my Aviation Theory Centre – RPL Textbook and began reading.

The flying comes along with it. My first flight was August 28, 2018.
I remember it as clear as day. The flight was with Ash Miller and I genuinely could not wipe the smile off my face.

Training is broken down into 3 phases: 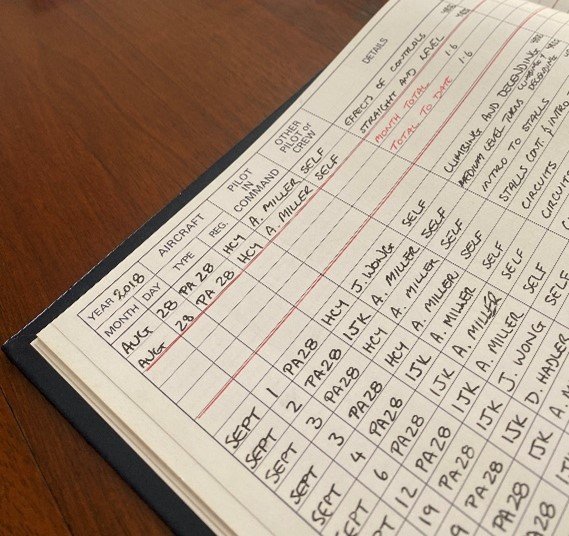 Phase A
It was very busy. Reflecting back on it, it was always going to be.
I had a lot to learn, and to get a Diploma of Aviation in 12 months, you need to apply yourself and stay busy! Theory and Practical components for each lesson, plus the study in between. It meant studying at school and at home.

No rest for the wicked, straight into theory training for navigation. 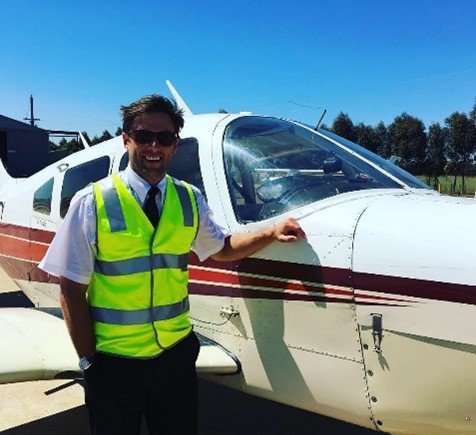 Again, Phase B was a very busy period.

Preparing for a Nav was really important. The more preparation I could do on the ground before a flight meant the more prepared I was in the air.

My first nav, YBSS – YBLT – YOLA – YBSS// with Ash Miller again, was December 26, 2018. It felt like an information overload going through everything new for the first time as well as flying the aircraft, but so much fun getting out of the training area. 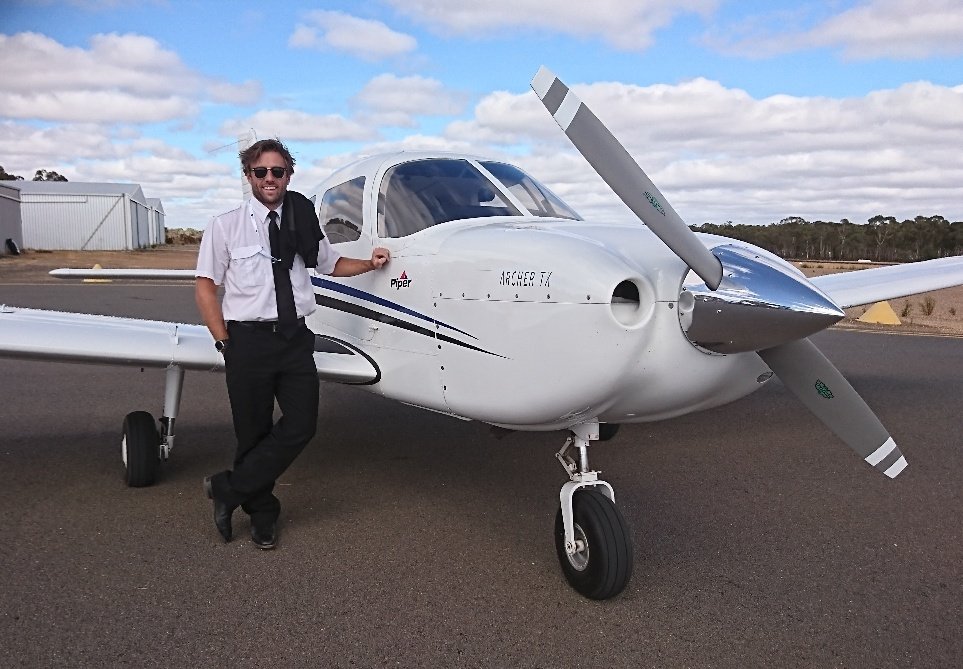 Nav 2 came soon after, the following day. It was one that I remember very clearly. 45 degree day, I don’t think I’ve ever sweat so much in my life. Poor HCY had to work hard that day.

But flying consecutive days, I soon realised how important it was to prepare for each flight as much as possible, both physically and mentally. Flying is by no means a cheap hobby, so I guess I thought it was important to invest my time wisely.

My first flight into Essendon has to be one of my favourites. I can’t exactly remember the debrief with Ash after that flight, but I can guarantee radio calls was one of the points to work on. I was 100% not ready for the human on the other end of the radio to speak back at me. It blew my mind. Feedback was constructive so it gave me something to really focus on. I think I just hated the sound of my own voice on the radio. I sound too Aussie!!

But the rest of the process was a great learning experience as well and I loved every minute of it.  Throughout Phase B, I flew with various instructors. Ash Miller, Jerome Wong, Travis Fox, and Michael Acella.  All with varying talents and tips which was great for development.

I finished Phase B in mid-April of 2019. By this point, I had passed 6 of my 7 CPL subjects with just performance to complete.

The study for each Commercial subject was intense, as we were studying for a week then completing an exam. This meant long days and nights of study, as well as completing assignments.

Hour building was heaps of fun. Possibly one of the coolest ways to see Victoria in my eyes. Flights to West Sale, Echuca, Wilsons Prom, Warrnambool, City Orbits, all highlights and highly rewarding.

The CPL dual flights ramped up a gear. 90 minutes of preparation went by really quickly. You really have to be very fluent in what you are doing by this stage. Knowing what you can and can’t do in a short period of time.

Then the training for the Arrow. Retractable Undercarriage and MPPC were really cool to learn, and I enjoyed flying in WIN. My CPL Navs were a combination of flying with Ash Miller and Dan Hadler, both teaching me a lot through phase C.

Phase C took me from mid-April until August 29, in readiness for my flight test. 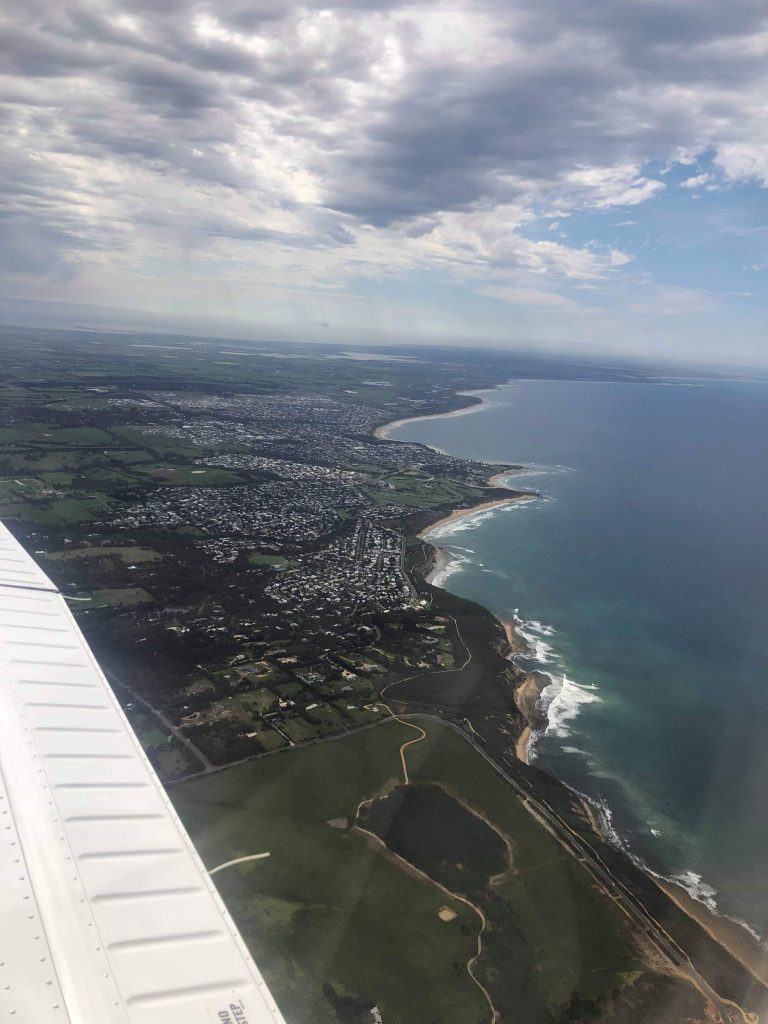 Yep, like most big events, tests, sporting finals etc that I’ve ever been involved with, I was super nervous.  Not a bad thing though.

Lawrence Gillett was my testing officer, and as if I was nervous enough, he rolls in with his vehicle registration plate “ITESTU.” Intimidating much??

He is a very experienced, reasonable testing officer. I completed the theory component and was happy enough with how that all went, with the flight to follow the next day.

Flight day – I had beautiful weather so I can’t complain. The flight itself went well, well enough to pass I guess. Couple of classic testing officer moves to make you double check yourself but I stuck to my guns which worked in my favour, and there it was. Commercial Pilot Licence on September 3, 2019.

I left a stable career in finance, to go and study something which I grew a passion for, and I don’t regret any part of it.

If you are interested in following Lachie’s footsteps on your path to a CPL, click here to find out more about our current Diploma offerings.

Interested in where Lachie’s training has taken him? Keep an eye out for a future blog post to find out!